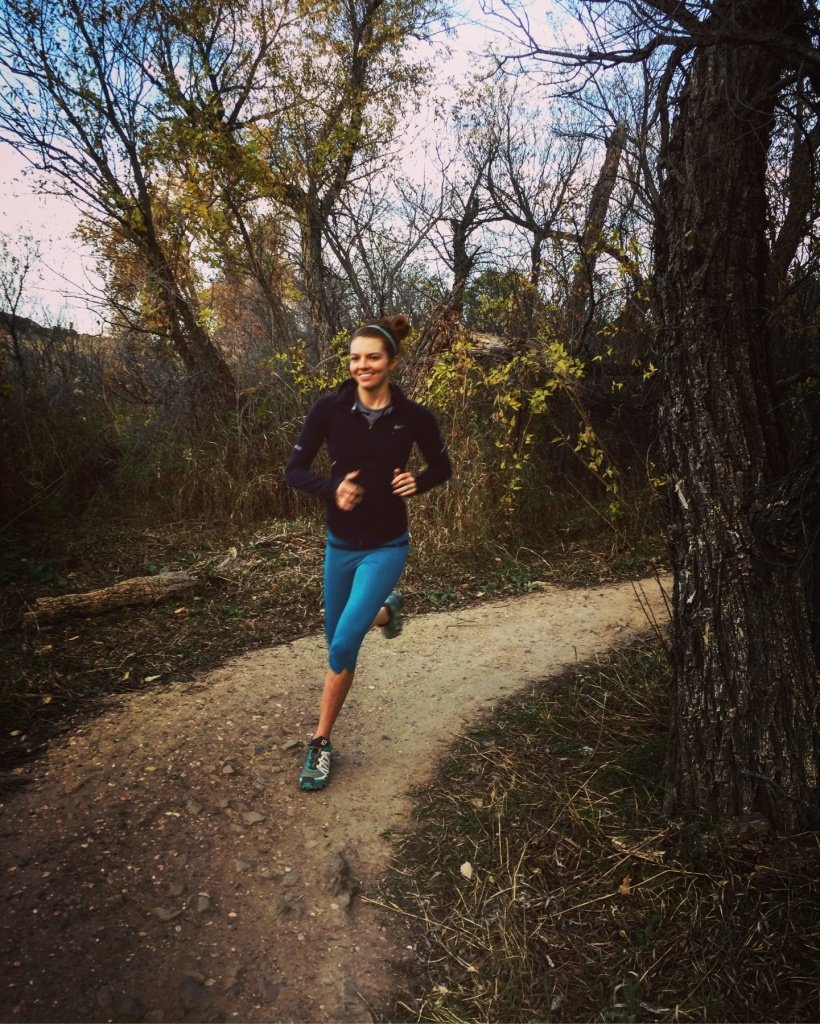 I was always an athlete, so I started running as a way to escape a depression that had set in due to being sexually assaulted and the resulting eating disorder. While undergoing extensive treatment for both, I used running as a way to calm the anxiety that it produced. My running wasn’t extensive during these times by any means. In 2011 I discovered what a marathon was and decided that I wanted to do one. Although I had never ran more than 6 miles at a time, I signed up for my ﬁrst race, and (stupidly considering my lack of training) ﬁnished my ﬁrst full marathon a week and a half later. When I crossed that ﬁnish line, I was hooked!

My ideal race was the Hideaway Trail 100k. It is held in a beautiful mountain range with an elevation between 9,000 and 12,000 feet. My husband and best friend crewed me, but I also met several new friends while on the trail. There was wildlife, dense forest, above tree line sections, technical trails, and spectacular views.

During the last section of the race, the RD allowed me to go with my favourite running partner since it was dark, I was going to be the only runner on that section, and there had been moose sightings. So, I was able to ﬁnish my race the way I love to train, with my malamute mix, Pheidippides, by my side. 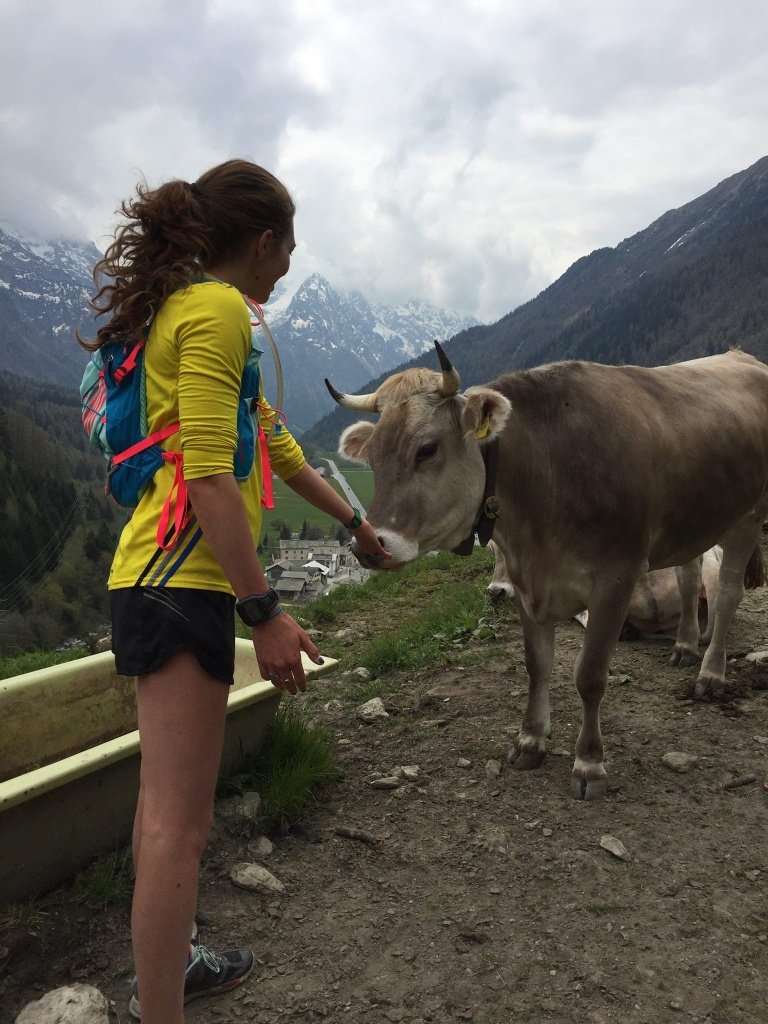 My favorite trail is a technical 6 mile out and back in the foothills of northern Colorado. The views are phenomenal, especially along the ridge line where you see a mix of farmland, a beautiful reservoir, and mountains beyond. The rocks make every step interesting, but you feel like a gazelle when you are cruising down!

My ideal race was the Hideaway Trail 100k. It is held in a beautiful mountain range with an elevation between 9,000 and 12,000 feet. My husband and best friend crewed me, but I also met several new friends while on the trail.

My biggest running challenge was a section of a race that was above tree line in the mountains. Colorado is infamous for its summer afternoon thunderstorms, and when you’re at 13,000 feet you do not want to be caught in one.

Well, I was completing an out and back section and just as I turned to head back down the mountain I saw lightning to my left. I immediately started sprinting for cover. Unfortunately, tree line was 2 miles away and the aid station another one after that. Every boom of thunder and ﬂash of lightning almost had me hitting the ground (in fear honestly). I have NEVER ran so hard in my entire life. I was praying the entire way, and by the time I made it to the aid station I was hyperventilating and holding back tears.

All the other runners had been held up there and were so relieved to see me I couldn’t help but be thankful for our amazing community. I had another 17 miles to go to ﬁnish the race which was a challenge to say the least considering I felt mentally done after that. Everyone was kind enough to wait until after I ﬁnished to tell me there was a strike less than 100 feet from where I had been running! 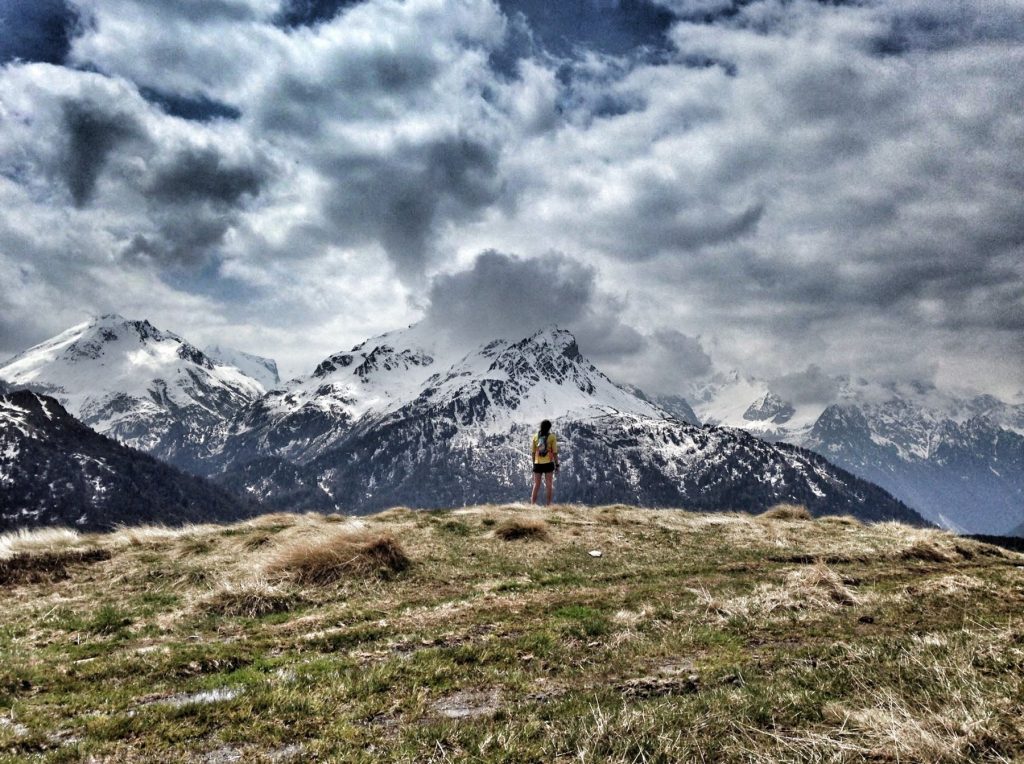 There’s so many to choose from ;D My greatest would have to be when I ﬁrst started running. I was still new to the wonderful world of endurance, but I decided to do a 24 hour obstacle race in New Jersey…in the winter. It was highly recommended to wear a wetsuit as obstacles involved army crawling through thick mud, ‘running’ through a swamp, and swimming across a lake in freezing temperatures. We were literally breaking through ice as we went. So I brought my wetsuit that I used to surf in Southern California not realizing that everyone else was wearing suits with over twice the thickness of mine. Did I mention I also didn’t bring a neoprene

Did I mention I also didn’t bring a neoprene head cover, good socks, or a pair of gloves like everyone else did? Well everything was ﬁne until the sun went down. I realised I couldn’t remember the last time I could feel my feet so stopped at the med station after ﬁnishing my 3rd 10 mile lap. They warned me that I could keep going, but I probably wouldn’t have my toes by the end of it. Given I want to run for my entire life, I decided one race wasn’t worth loosing my toes over (obviously). So, I dropped from the race due to my complete lack of preparation, even though I was apparently in third place not far from the other two women.

Whatever you’re feeling…we’ve all been there so don’t be afraid to ask! 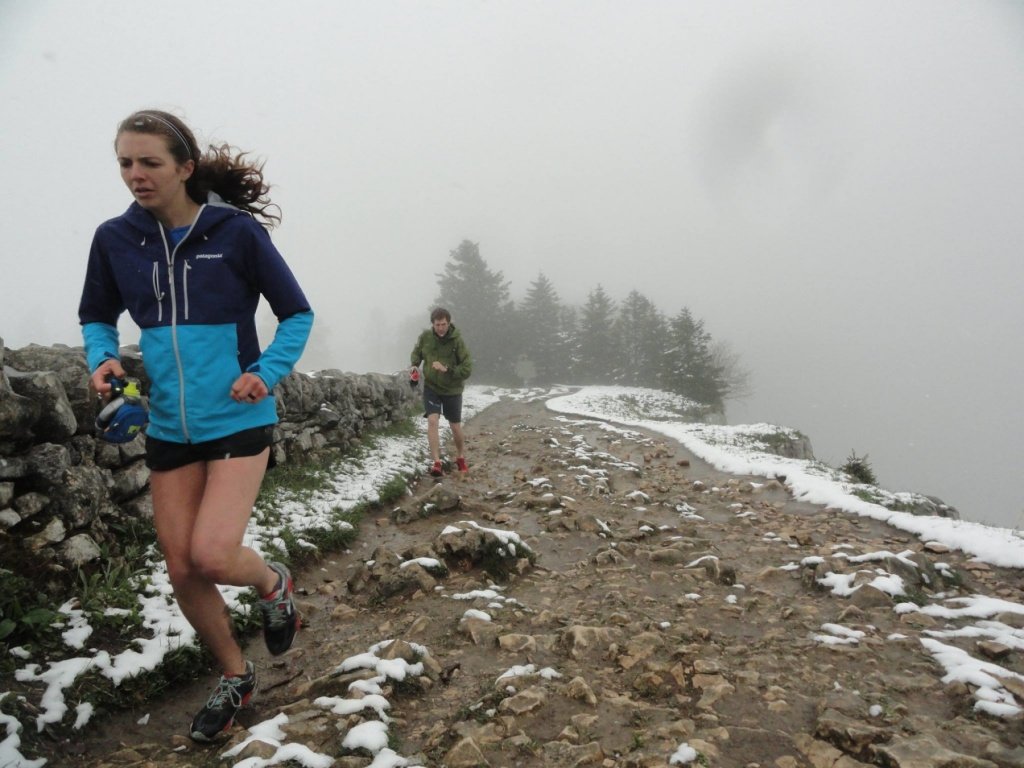 Without a doubt my running shoes. I can go without the rest, and occasionally do, but I love my runners!

They warned me that I could keep going, but I probably wouldn’t have my toes by the end of it. Given I want to run for my entire life, I decided one race wasn’t worth loosing my toes over.

I have actually decided to step outside my comfort zone and try my hand at triathlons by signing up for an Ironman (just jumping in head ﬁrst lol). I’ll still be spending plenty of time on my trails though, because hey I need hill training for that race right?!

What’s your favourite running/adventure book, and which songs keep you going when things get tough?

I love Scott Jurek’s Eat & Run. I love his perspective and am constantly recommending his book.

I’m currently earning my doctorate in veterinary medicine, so my life is primarily consumed by studying and training.

Thank you for taking the time to be interviewed Cat, and good luck with your first Ironman! 🙂

Mentioned in this Interview and recommended by Cat: