Alastair called me when at work a few months back: “I’ve won a ski touring and camping holiday in the Swiss Alps!” – He was one of nine winners of outdoor equipment and clothing company Salewa’s ‘Salewa get vertical’ competition, and he, plus a guest (me!) were going to have a March weekend with Salewa, ski touring in Grindelwald!

I was a little concerned when we opened the kit-list for the ski-touring adventure, that crampons, harnesses and ice-axes were required. I’ve skied twice in the last 10 years (having converted from snowboarding last year) so I’m not an expert skier – I’m up for most challenges, but throwing ice-axes into the mix sounded a bit beyond my ability, so I was relieved when a subsequent email clarified that this equipment would not be needed – phew…

We flew Bristol to Geneva (Easyjet) and took three efficient Swiss trains to arrive in Grindelwald around 3 hours after landing. After sorting our touring ski rental out, we checked into our lovely hotel for the night – the Eiger Selfness, a 4* hotel on the main street, which was paid for as part of the prize. Also included were 32l rucksacks, windproof jackets and fleeces from Salewa, Ali had a black fleece and yellow jacket, and I had a red fleece with dark green jacket. When we met the rest of the group, everyone else had the same – these would make for some vibrant photographs over the next few days!

After a team briefing we all went for a lovely meal at the hotel restaurant. Each of the nine winners was from a different European country, and so we were sharing our adventure with other winners from France, Spain, Germany, France, Austria, Italy, Poland and the Czech Republic, and it was great meeting the others and hearing about their backgrounds and experiences.

Call me naive but I hadn’t even realised touring skis and boots were different to ‘normal’ alpine skis – but most of the others had done this so much that they had their OWN touring skis! So much to learn, Helen…

Ali and I rented the touring skis, boots and skins from the Salewa store in Grindelwald. I loved my skis, so lightweight and longer and wider than the piste skis I had used previously. The boots felt less padded and quite loose, although I soon learned to love them too – they were also very lightweight, and very comfortable to walk in. We were all also given shovels, probes and transceivers to carry throughout the two days’ skiing.

On Day 1 we were blessed with a perfect weather day, and a load of fresh snow which had fallen during the past couple of days. For our first day we were split up into small groups of 4-6, and ski toured around the Grindelwald ski area. Our tour took us off piste, up a smaller mountain, where after around 3 hours of skinning up, we stopped for a snack and got ready to ski down. The route down took us through a beautiful tree-lined off-piste area, which had hardly been skied before and was pristine. Powder skiing is new to me and I found the actual skiing quite difficult, especially when I fell a few times and it took several minutes to extract myself from the deep snow when I got stuck! Luckily our patient mountain guides were on hand to help if needed.

We stayed overnight in a mountain refuge (Waldspitz), with about 6-10 in a room in bunk beds – cosy! I was exhausted after a day of learning, skiing and making powder-snow angels so went to bed pretty early, ready for another exciting day ahead. I suspect others were very tired too, although like when you’re running a marathon, when you’re so concerned with how you are feeling you sometimes don’t notice that other people are probably feeling just the same as you.

The weather was not quite as good on Day 2, with more wind and cloud, and our guides used the morning to teach us avalanche awareness, snow types, and how to search for people in an avalanche using the transceivers, probes and shovels we had all carried with us every day. It was great to have the opportunity to learn such important techniques and obviously anyone who skis off-piste should have been trained in this and carry the right kit to use should you ever need to.

In the afternoon we took it relatively easy and stuck to mainly tree-lined runs from Waldspitz down to another mountain lodge, Bussalp, where we met up with everyone for a delicious dinner and drinks. Before dinner we were shown to our tents, which were pitched a short walk away, on snow overlooking the Eiger and its sister mountains.

Camping in the snow

I never dreamed I would go camping in the snow in the Swiss Alps! This was the Salewa Basecamp Experience.

We each had a sleeping mat and a warm sleeping bag which works down to -36 degrees c. Fortunately it wasn’t that cold but it was about -10 to -15 so the bag and a full set of clothing, including ski pants and down jacket were definitely necessary for staying warm while sleeping! I ended up with just my nose sticking out of the mummy hood and managed to get a decent amount of sleep.

The afternoon we arrived at the basecamp the clouds obscured the view. I knew the Eiger was hiding out there somewhere, but couldn’t see any other mountains when we went to bed. However, Alastair and I woke in the middle of the night though, needing the toilet… and emerged to a crisp, clear sky, studded with stars and could see the big dark shadows of the surrounding mountains. It was gorgeous! It was also very very cold though, so after a brief moment admiring the view, we shuffled back into the tent and zipped it up. When we woke in the morning, it was still clear enough to still see the view, in daylight this time – it was as awesome as I had hoped…

After breakfast we took the bus back down to Grindelwald town. The snow-covered mountain road the bus uses is also a popular sledge run, which I found a bit crazy – when the buses approach the sledgers, they play a tune on the horn and the people sledging need to stop and move off the side of the road to let the buses pass – it seemed to me to be more dangerous than off-piste skiing as you can only stop a sledge with your feet!

Having had a fab few days in the mountains, we returned our rental kit, managed to grab a shower in the hotel’s spa and made our way to the train station for the 6 trains across Switzerland to Chamonix for a few days more relaxed skiing in the French Alps. I love the mountains and will definitely be doing more ski touring next season.

Thanks for reading! We love to hear from you, so if you have any comments or questions (or just really liked this post ;-)) please leave them in the comments section below!

We definitely want to do more ski-touring, having totally caught the bug! Where would you recommend we go next season? Please let us know so we can get your favourite places on our list to visit too 🙂 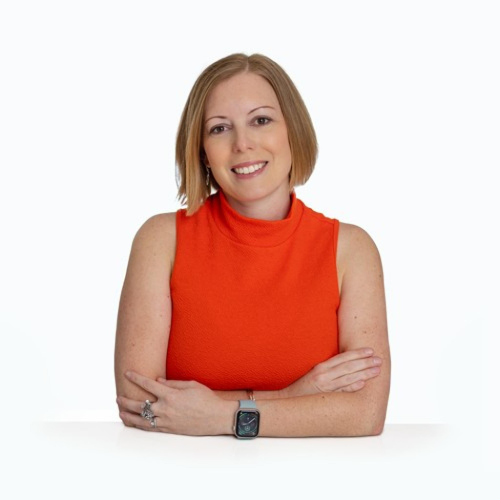 Paka baselayer review including why alpaca clothes are so popular for hiking, backpacking, travel, skiing and more.

The Best Harnesses and Leashes For Running With Your Dog

The Best Harnesses and Leashes For...

The Best Trail Running Poles For...