The time was 3:00am, and I was shaking off the cobwebs of a short nights’ sleep while riding in a minibus down a dusty, bumpy road in Siem Reap, Cambodia. I was heading to the start line of the Angkor Ultra-Trail (UTA), where six races of varying lengths were taking place that day. I registered for the 64km “Bayon Trail”, the second-longest distance, which had the same 4:00am start time as the 128km race.

Thirty minutes after taking off from the Angkor Paradise Hotel, the official registration point, we were dropped at the Elephant Terrace – a 350-meter long by 2.5-meter high wall within the Angkor Archaeological Park that was built in the 12th century by King Jayavarman VII and used as a platform from which he watched his victorious armies return from battle. Directly in front of the Terrace is a wide, open field the size of several football fields which once served as the royal fairgrounds and home to the Kingdom’s festivals and parades. Now mostly vacant, with the exception of an occasional coconut vendor and tuktuk driver looking to score an easy fare, it was now lined with vendor tents, a soundstage, and over one hundred groggy ultrarunners.

Now in its fifth year, Ultra-Trail d’Angkor is one of the few events allowed to take place within the park grounds – a UNESCO World Heritage Site – and its primary mission is to support preservation of the 400 square-kilometer complex which includes remains of various capitals of the Khmer Empire from the 9th to 15th centuries. The event is organized by the Sport Development Performance Organization (SPDO) based in France, and as such a majority of the participants, media, and announcements were in French. Despite the colonialist tendencies, more than 1,200 runners from nearly 50 countries registered for the event, including 350 Cambodians.

The 64km trail both starts and ends at the Elephant Terrace. Throughout the course, there are aid stations approximately every 10km which have water, fruit, dates, and granola or cake bars. The elevation gain and loss was stated on the website as being approximately 1,030m, but by my watch I measured only 300m which made for a flat, fast course with the exception of one steep climb to the Phnom Bok temple.

Although majorly horizontal the route includes unique terrain such as sand, jungle foliage, rice paddies, and dams that require careful traversing. What’s most difficult, however, is the heat. During the week of the race, the average daily temperatures in Siem Reap reached 95 degrees fahrenheit (35C) with high humidity. Thankfully, the event begins early and the route is well-shaded.

The race began shortly after 4am with the 128km and 64km runners (125 in total) taking off together. The route started in the fairgrounds field but immediately crossed over to the Elephant Terrace where we were directed to the top and ran across its spine for the entire length before dropping back down to the road. While not as crowded as most large ultras, the narrow and uneven sandstone path atop the terrace created a significant bottleneck for the first mile. After that, the trail widened and runners were able to settle into their paces.

After a jaunt on the tarmac, the trail veered off onto a sandy jungle path heavily obscured by giant banana leaves. I couldn’t see more than a few feet in front of me due to the foliage and darkness, but thankfully the route was well-marked with reflective tape and arrows with the exception of two points in this section where I took a wrong turn.

The first time this happened, I was following a group of about 15 runners down a tight trail when I saw in my peripheral vision a yellow arrow pointing into the brush to my right. It seemed out of place since the well-established trail was leading forward and no runners ahead of me seemed to pay any mind. However, having loaded the route onto my GPS watch beforehand I was immediately notified that I was off course and turned around before making it too far. When I realized the mistake and saw others about to do the same, I waved them in the correct direction. I have no idea how long those other runners were off course, but this is likely where I earned my standing in the top ten finishers. The other time I went off-route, I saw a runner coming back in my direction before I even realized I had missed a turn and was able to quickly correct my path.

From that point until Phnom Bok, the route oscillated between short spurts of tarmac and soft, gritty trail. I didn’t bother to stop at the first two aid stations because I had planned for sufficient supplies to last me until the halfway mark and this saved me lots of time over runners who stopped to graze at every opportunity. When running through rice paddies, Phnom Bok hill could be seen in the distance as daybreak approached.

The climb to Phnom Bok was, quite literally, the only ascent of the entire route. Rising over 200m in less than 1km, it was a quick rise up a steep set of stairs to the aging temple. Built of sandstone in 910AD under Yasovarman I, Phnom Bok is one of a trilogy of “mountain temples” dedicated to Hindu deities.

Once at the top, I took a moment to soak in the scenery and snap a few photos before setting off down the other side of the mountain via a steep gravel access road.

At the bottom of the hill, I stopped at the aid station to refill my water bladder, refuel, remove my headlamp, and put in my headphones to prepare myself for the second half of the race.

The second half of the race started much like the first: lots of runners on cramped trails. By this time, approximately 3 hours after we began, the other five races had also started. The marathon runners had caught up and those running the 32km distance had just taken off from Phnom Bok themselves.

Soon enough, the trail once again opened up I was able to pick off runners in short order. The terrain was manageable and easier to navigate in daylight, but having come out of the gate faster than usual I was beginning to fatigue after the 40km mark.

Thankfully, the beautiful scenery and energy of locals as we passed through their villages boosted my spirits and I was able to carry on.

As the finish line drew near, the heat and humidity rose exponentially. I was no longer overtaking competitors, rather focusing on the management of my temperature, nutrition, and hydration. Making sure I took in electrolytes to replace those that were continually being shed from my body, I made more frequent stops at the remaining aid stations to grab a quick drink and maybe a banana as I didn’t want to waste time taking off my hydration pack to remove my water bladder.

Passing by the beautiful Banteay Samre, Ta Nei, and Prasat Kravan temples, the scenery was breathtaking. They looked like a perfectly-staged movie set (indeed, Tomb Raider was filmed at nearby Ta Prohm) and I couldn’t help but wonder what they must have looked like when completed a thousand years ago.

After crossing through Bayon Gate, the end was near with less than 5km remaining. At this point, I was alternating jogging with fast walking as my exhausted hip flexors and worn feet would no longer allow for the sub-10 minute pace I had held for the first 30 miles.

I could hear the music and cheering getting louder as I approached, but couldn’t see the finish line through the forested labyrinth I was in until, without notice, the trail popped out directly onto the fairgrounds from where I started. Without a competitor in sight, I jogged across the finish line and ended my journey 7 hours and 28 minutes after I started.

Although on the smaller side of ultra races, this event was well-attended, smoothly operated, and infinitely rewarding with regard to scenery. The experience of running through the archaeological park among thousand-plus-year-old structures, some of which can only be reached by foot, was stunning and unlike anything I have experienced in a race before. What’s more, I was extremely happy with my finishing time (7h26m) and managed to secure 3rd place in my age category, 5th male, and 7th overall.

The Angkor Ultra-Trail is the only ultramarathon in Cambodia, and it stands out among the budding endurance scene in Southeast Asia. The causes and villages supported by the event through philanthropic means as well as tourism are both admirable and worthwhile. This race is easily combined with a longer tour of Cambodia, remarkable in its own right, and is not to be missed if you have the opportunity to participate. 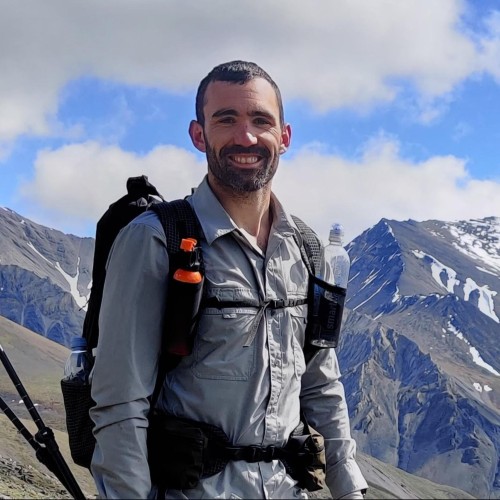 Brandon Chasehttps://www.fitformiles.com/
Guest Author for Trail & Kale. Brandon is an American ex-pat living overseas who is passionate about hiking, running, and travel. He explores new countries, maximizes travel rewards, and subjects himself to months of torturous training in the name of fitness!